Lakes, Lynx and a Lack of Common Ground

On either side of the Pennine watershed there is controversy. In Cumbria, to the delight of many, the Lake District National Park’s beauty has been officially recognized as world class. Unesco announced last week that the region’s iconic cultural landscapes have been awarded ‘World Heritage’ status, becoming the 31st site in the UK to obtain that prestigious accreditation. Meanwhile in Northumberland’s Kielder forest, intense debates surrounding the reintroduction of the Lynx are coming to a head, as the proponents of this predator’s return, the Lynx Trust, prepare to apply for a license to set these big cats loose amongst our country’s forests and fells once again.

While these two decisions may seem distinct and disconnected, they both expose important differences in our attitude to rural Britain. Just as the Pennine hills separate Kielder forest and the Lake District physically, so there is also an ideological topography separating the competing philosophies that underpin the Lynx reintroduction and the Lakes’ Unesco bid, with each seeking to rule our rural narrative in the 21st century. What is likely to happen, and what must be prevented at all costs, is that this conflict becomes tribal and entrenched, with individuals’ identities compelling them to sit in one camp or the other. For the solution surely lies in finding common ground and forging a way forward in a countryside that works for as many people as possible. 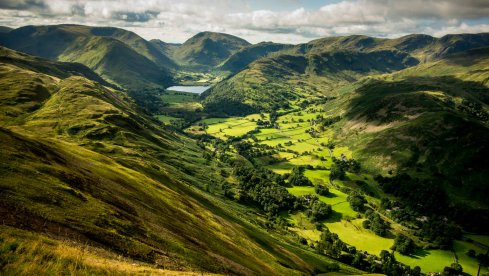 On balance, I am pleased that the Lake District bid was successful. Anything that encourages people to get out and explore the great outdoors is a good thing as far as I am concerned, and the rolling green landscapes of the Cumbrian fells are undoubtedly iconic. But I can understand those who are less thrilled by the implications of World-Heritage status. I can empathize with the locals, who already suffer from the high-volumes of tourists that flock to their villages and clog up their roads, who know that Unesco’s backing will exacerbate that problem and likely bring additional bureaucracy to their lives. I also hear the environmentalists, who are worried about the philosophical implications of enshrining the Lake District as some sort of benchmark for national park quality, when, indisputably, the park’s natural environment is severely damaged and continues to be degraded, mainly by overgrazing from sheep. But the Unesco award was for the Lake’s “cultural landscapes”; the verdant stonewalled fields and the dramatic, barren fells that have evolved through centuries of human impact on this environment. It is this marrying of culture and ecology that the world-heritage status seeks to preserve; a human space of sheep pasture and old-time shepherding values.

For this reason, the Lake District, for me, has always been a cultural national park, rather than a natural one; it’s treasures are the histories and livelihoods of ‘the folk wot live off the land aye’. It is a celebration of upland sheep farming and the way of life that goes hand in hand with that industry. This is why I see no issue with the park being recognized as an important cultural landscape.

What I do take issue with is the fact that most of our country’s national parks are also skewed towards a cultural emphasis. The Yorkshire Dales, the North York Moors, the Brecon Beacons, Snowdonia, Dartmoor, Exmoor are all seemingly one big advertisement for the virtues of sheep-farming. They proliferate a narrative of Arcadian bliss and of quaint rural communities living in harmony with nature. But where are the U.K’s national parks for nature? If it isn’t sheep, then our uplands are seemingly just breeding grounds for the quarry of blood sportsmen. Almost all of our so-called “wild” space is actually land that is totally subsumed in human-industries that kill animals, be it sheep or deer or grouse. We have no space set aside primarily for nature or for those humans who crave such a space for their own enjoyment. There is an imbalance.

Hop across the Pennines with me now and we see the resistance that the Lynx Trust are being met with. Their belief is that by bringing back the Lynx, an extinct native mammal that is incredibly shy and unobtrusive (and would never attack a human), they will open the door to fully-fledged rewilding with predators like wolves being re-instated to affect landscape-scale ecological change.

The scientific arguments behind large-predator reintroductions are sound; these animals could undoubtedly do a lot of good for our degraded and damaged rural environments as well as growing locally substantial eco-tourism industries. However, there is no ‘room’ for them to be reintroduced currently, not in terms of land, we have plenty of that, but in the minds of the people living in the rural communities that will be affected. Their ideologies and world-views do not afford them space to live alongside lynx or any other big mammal. Forcing a predator’s reintroduction in spite of their reluctance is not only disrespectful but it will be a disaster, both for the nascent rewilding movement’s public relations and for the poor lynx that are brought to Northumberland and who will suffer most from their human neighbours’ animosity. 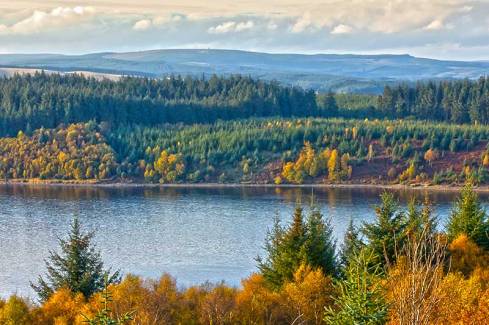 Ultimately, the issue boils down to one of identity and of power. If you are a sheep-farmer in Northumberland, that livelihood forms an important part of who you are. Your connection to the land is strong; you know your hills, your fields and your sheep better than anyone alive and you almost certainly care for the land over which you reside. To then be told that an animal, which may well prey upon your livestock, is being introduced without your consent will naturally upset you because, manifestly, somebody else is asserting their ideas onto you. Somebody else is calling the shots and is stripping you of your agency in the process. It is for this same reason that many Perthshire farmers still resent the recent decision by the Scottish government to afford the European beaver protection as a native mammal once again. If a politician told you that you couldn’t trap mice in your house anymore, despite the damage you perceived them to cause, you’d be incensed, and rightly so.

But by the same token, sheep farmers seem reluctant to concede that their countryside does not always meet the needs of others, or that it should. In a recent statement about the proposed Lynx reintroduction, Phil Stocker, Chief Executive of the National Sheep Association (NSA) said; “The [lynx] species would challenge the way our countryside is managed, a countryside which is already valued and appreciated by rural residents and visitors alike”. He went on to comment, “I cannot accept that lynx could improve or deliver anything more [than sheep farming]”.

Such statements reveal the crux of the problem in this clash of ideology; a lack of empathy. It is all very well being an advocate of one land use or another, but until actors on both sides of this debate appreciate that there are significant numbers of people who do think and feel differently about our rural land and how it is managed then progress is going to be slow, messy and full of resentment.

A European Beaver, recently granted status as a native mammal in Scotland once again, is believed to be able to bring in £3-4 million to local economies through ecotourism*

Phil Stocker and the NSA would also be wise to accept that change is a comin’, whether they like it or not. Increasing awareness of the environmental cost of livestock farming coupled with climate change and concerns about flooding will all contribute to new ideas being imposed on rural land use; they have to be. The UK can no longer continue to implore third world countries to save their rainforests while at the same time actively subsidising an industry at home that makes a net economic loss and that prevents our natural forests from regenerating; the hypocrisy is too much.

Farmers and shepherds need to get real about the possibility of agricultural subsidy withdrawal after Brexit and look to diversify their business models. Forestry, natural capital and eco-tourism seem best placed to keep money flowing in their direction. But at the same time, conservationists and would-be rewilders need to respect the identities and industries that they are challenging and to work with not against rural communities. A shift in how we manage our “wild” land has to occur, but the transition also has to be sufficiently gradual to avoid social catastrophe, the very opposite of Thatcher’s approach to the coal-miners.

Rather than inflicting opposing agendas and divisive ‘all-or-nothing’ ideologies on each other, we all need to make an extra effort to educate ourselves in the opinions and views of our putative adversaries. Through diversification and education we need to allow a countryside with integrated and multiple land-uses to flourish in the UK. The Lake District has enshrined a stronghold for our shepherding tradition and its rich culture, but now lets be more progressive with the rest of our uplands, and ensure that they meet the needs of people besides sheep-farmers and blood sportsmen. Who knows, maybe one day we will live to see a British national park being created that is more about nature than culture.